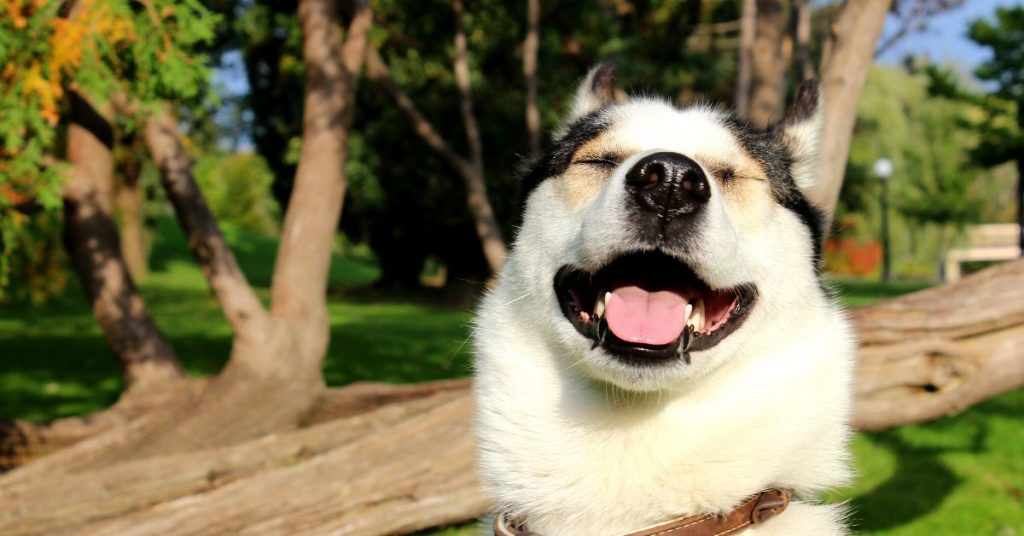 Pale gums in dogs can look unusual, and can be a cause for concern.

Dogs gum color is known to be a distinctive pink color, due to having a rich blood supply.

That’s why having pale gums in dogs is an indicator of our dog’s oral and overall health.

Having pale gums can be a clue to a serious underlying health issue, and requires further examination from an experienced vet.

What Color Should My Dog’s Gums Be?

Healthy normal gums should have a bubble gum pink color, because of the many tiny blood vessels just under the gums’ surface. Gums should also look moist and smooth, and they shouldn’t look sticky or dry.

However, there are normal variations in dogs’ gum color. For example, some dogs have spotted gums, meaning that the gums have spots of dark pigment, and it’s not something to worry about.

In addition, when you press the healthy gum with your index finger, it should lighten to a white or pale pink color, and quickly return to the normal pink color when you take your finger off in one to two seconds.

This test is called the capillary refill test, which is a quick way to check hydration status and blood flow to the gums.

Why Are My Dog’s Gums Pale?

Moreover, pale gums are usually associated with a hydration problem or blood circulation. Lack of moisture would make the gums feel sticky and lose their glossy and healthy appearance.

Anything that causes pale gums should be considered an emergency, and requires you to call your vet or your nearest emergency veterinary clinic.

Other Gum Colors and What They Mean

Moreover, pale gums are usually associated with a hydration problem or blood circulation. Lack of moisture would make the gums feel sticky and lose their glossy and healthy appearance.

Anything that causes pale gums should be considered an emergency, and requires you to call your vet or your nearest emergency veterinary clinic.

If you notice your dog’s gum color turned to yellow, this could be an indication of having liver problems or red blood cells damage.

This is why the changing of the dog’s gum color is considered an emergency, and requires an immediate visit to the vet.

Having blue or purple gums, indicates that insufficient amounts of oxygen are being circulated in the dog’s blood supply.

Blue or purple gum color can be a clue of having respiratory problems such as pneumonia/asthma, choking, heart diseases,  low blood pressure, hypothermia or toxicity (poisoning).

All these conditions are very serious and need immediate care.

Cherry red gums can mean that it is overheated, or has stomatitis or gingivitis.

Also, heat strokes can be the cause of having cherry red gums.

Bright red gums are a sign of inflammation in the gums. These periodontal problems can make the gum bleed more and can be painful.

What Causes Pale Gums in Dogs?

There are many serious health problems which affect a dog’s blood circulation and cause pale gums. Some of the common causes include:

Anaemia in dogs happens when the red blood cells number, which transport oxygen around the body, falls. This causes pale pink or white gums.

In severe cases, it can lead to oxygen deprivation. Other signs of anaemia include, weakness, lethargy, shortness of breath, and bad appetite.

Anaemia is a serious condition, and if it wasn’t treated, it can be fatal.

Trauma and severe parasite infestation from fleas and ticks can cause blood loss. Blood loss can be dangerous and is considered an emergency.

Contact your vet immediately, if you suspect your dog is suffering from blood loss.

Shock is referred to a sudden drop in blood flow through the body. This means that cells and organs don’t get enough oxygen and nutrients. And caused the gum to turn pale.

It is often seen with trauma such as car accidents, which causes external or internal bleeding. Dogs in shock have fast breathing, a fast heartbeat, and low body temperature.

Shock is an emergency that needs immediate veterinary treatment.

Kidney disease can be caused by the ingestion of toxic food, chemicals, or infections. The kidney is responsible for producing a hormone called erythropoietin.

Finally, the drop of red blood cells causes the gums to turn pale which is caused by anaemia as mentioned earlier, which requires emergency care.

How are Pale Gums in Dogs Treated?

Treatment plan of pale gums in dogs varies depending on the cause behind it. A detailed history will give the vet more clues of the underlying health problem.

Your veterinarian will ask you questions to identify the cause behind pale gums.

These questions include, your first observation of the pale gums, other symptoms you noticed or behavior changes, history of trauma and if your dog ate something that contains heavy metals.

The vet will perform a physical exam, any needed blood tests, X-rays, and blood clotting tests.

Once the vet has diagnosed the cause of the pale gums, he will give you the right treatment plan.

If the cause was related to respiratory problems, immediate oxygen supply is needed along with medications specific to the condition.

If the dog had pale pink or white gums, which is related to anaemia or blood loss, a blood transfusion will be needed.

Moreover, if the dog had cherry red and overheated gums, the vet will work on cooling it down.

In addition, bleeding or bright red gums could dental care such as cleaning, tooth extraction, medications, or in some cases cold laser treatments.

Finally, treating the underlying health condition, will help in treating pale gums and  return to their normal healthy color and appearance.

If your dog has pale gums or different color than the normal pink one, act fast, and contact your vet immediately.

Pale gums in dogs are serious and need a veterinarian examination. If your dog is in shock due to a trauma or accident and is bleeding.

You can perform first aid by covering the wound with a clean cloth, and you should seek immediate help as soon as possible.

In conclusion, not all causes of pale gums are life threatening. However, they indicate an underlying serious health problem that needs quick veterinary care. 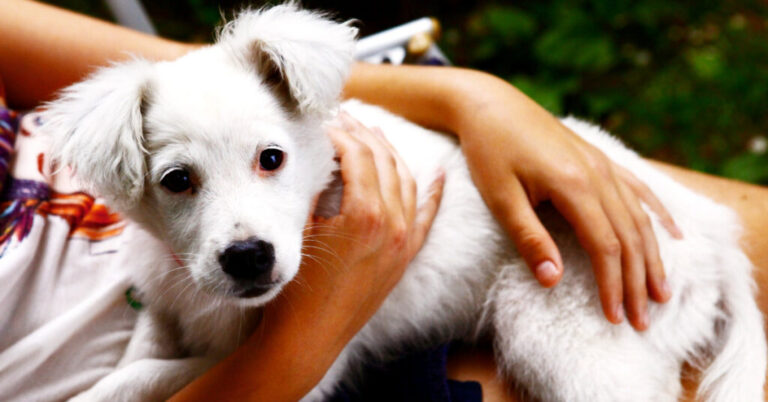 Luxating patella usually affects very small or tiny dogs. Luxating means dislocated or out of place, and patella is the dog’s kneecap. 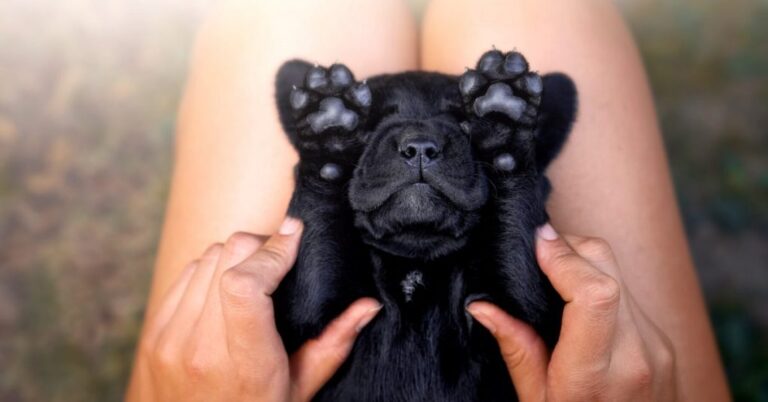 Our furry friends tend to move around a lot. They can also be clumsy sometimes and hit different surfaces around them, which results in having a swollen paw. 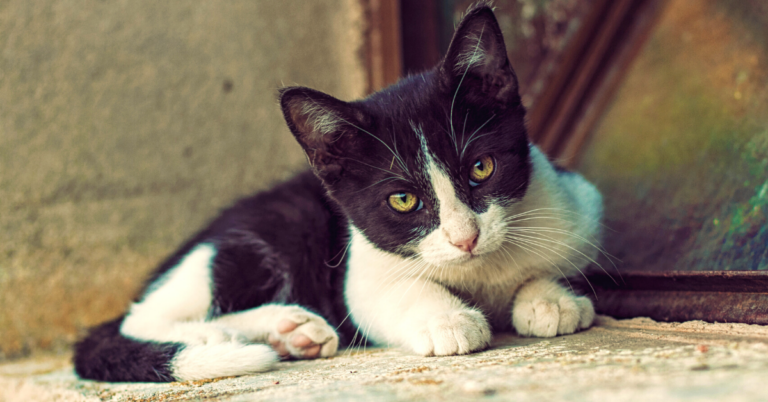 Is your cat losing hair more than usual? Hair loss in cats is common, which is also known as alopecia. Alopecia can cause full or partial hair loss in cats. 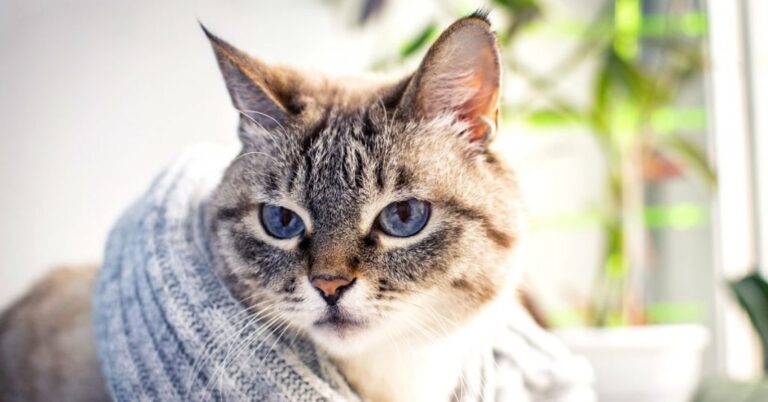 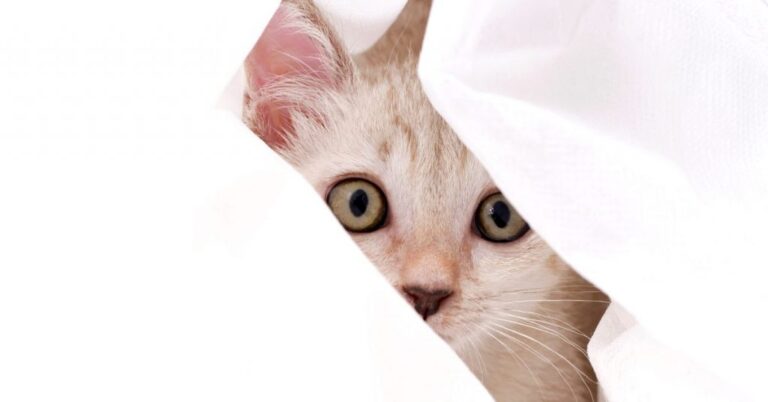 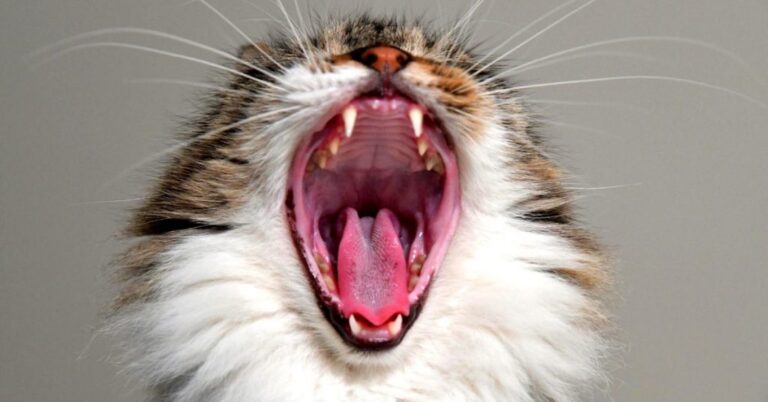 Are you confused if your cat is choking or coughing? It’s hard sometimes to identify what’s happening with your cat.